The tables and maps below display the Constituency Labour Parties (CLPs), affiliated trade unions, other affiliated organisations and Labour Members of Parliament (MPs) who have called for Jeremy Corbyn MP to be readmitted to the Parliamentary Labour Party, have expressed solidarity with Corbyn, have passed a motion of no confidence in Keir Starmer or David Evans, or who have called for the guidance to CLPs to be withdrawn.

As of 15th December, the totals are:

The full list of who has shown support for Corbyn can be found below. If you have an addition to this please tweet it @LeftieStats on Twitter. 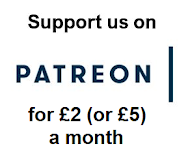 A polling and elections blog that takes a leftwing perspective on British politics.
Supporter of the Labour Party, the Socialist Campaign Group and democratic socialism.
Contact
Twitter: @LeftieStats
Email: leftiestats@gmail.com